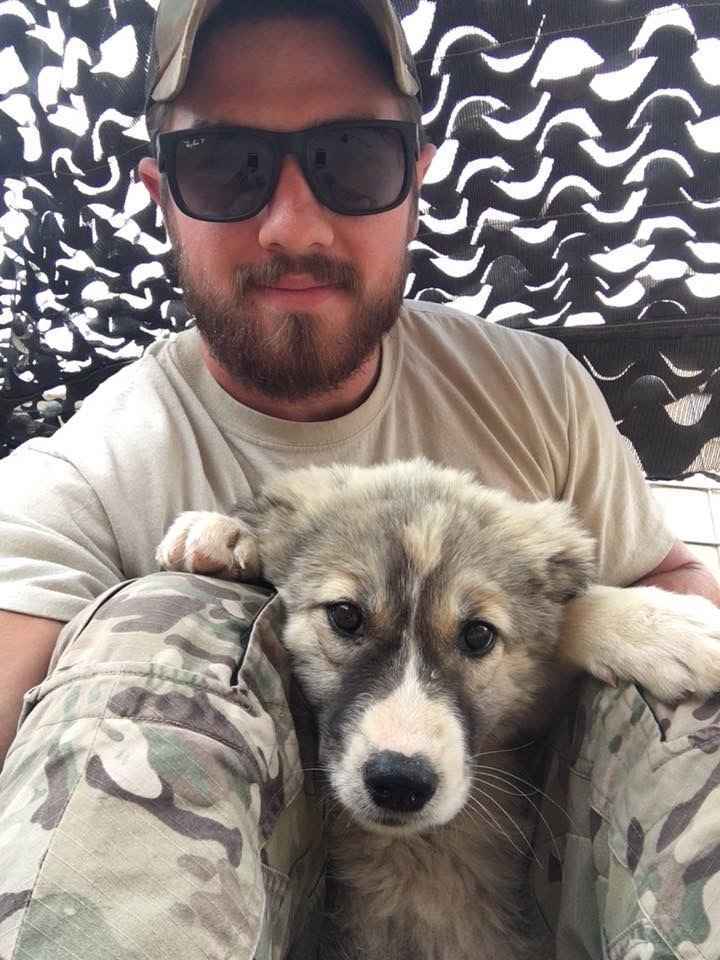 Recently we were contacted by mother desperately trying to help her son stationed overseas in a very dangerous, highly unstable area. He and a friend had both rescued puppies and fallen in love with them. Now they needed help to get them to safety. Their stories are a true testament to the nature of these Airmen.

An Airman was out on a mission in an undisclosed location in the Middle East, in the midst of a bad sand storm. He came across a 4-foot wood stake sticking out of the ground with a rope tied to it. Immediately he thought the worst, another IED, but in this case it was something else. He found a tiny puppy with the rope around his neck. Laying in agony, this puppy's ears had just recently been cut off, likely with a dull knife. The poor puppy was full of blood and flies with possibly just hours to live. The Airman scooped him up not sure what he would do, but knowing he could not leave him behind. He named him Kral and they quickly became inseparable. 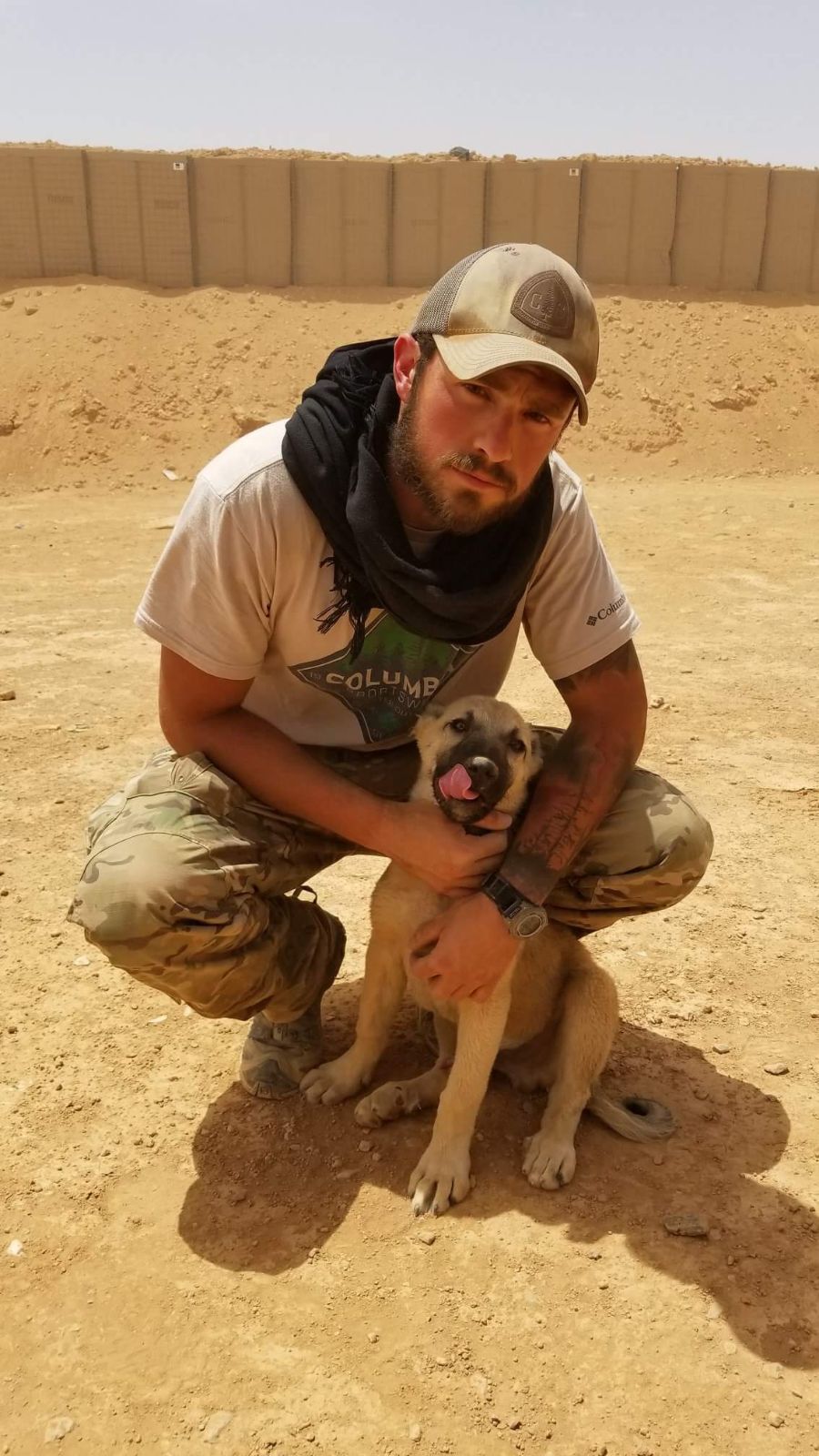 Only days later, another Airman finds a litter of dying puppies that he knows he must try to save. The survivor of that litter became his best friend, a beautiful puppy be named Syri.

These two lucky pups were brought back to health by the two very amazing airmen. Over the several months that followed the puppies and airmen formed inseparable bonds. But the hero Airmen faced one big challenge- they knew they could not leave Kral and Syri behind under any circumstances but had no one to get their puppies home.

The two puppies needed to immediately leave the country and with the help of Guardians of Rescue a mission was set in place to do so. The lengthily mission to extricate them was conducted in the middle of the night by retired former military personnel. Now the puppies are being held in the neighboring county of Jordan waiting to reach the US. Unfortunately, they are still not safe, Jordan has been the subject of a holy war against dogs since October 2017.

It is imperative that we get the final steps of this mission funded! This is the most costly military rescue mission we have ever undertaken but if every person reading this donates just a few dollars we can get Kral and Syri safely back to the United States to be reunited with their heroes. 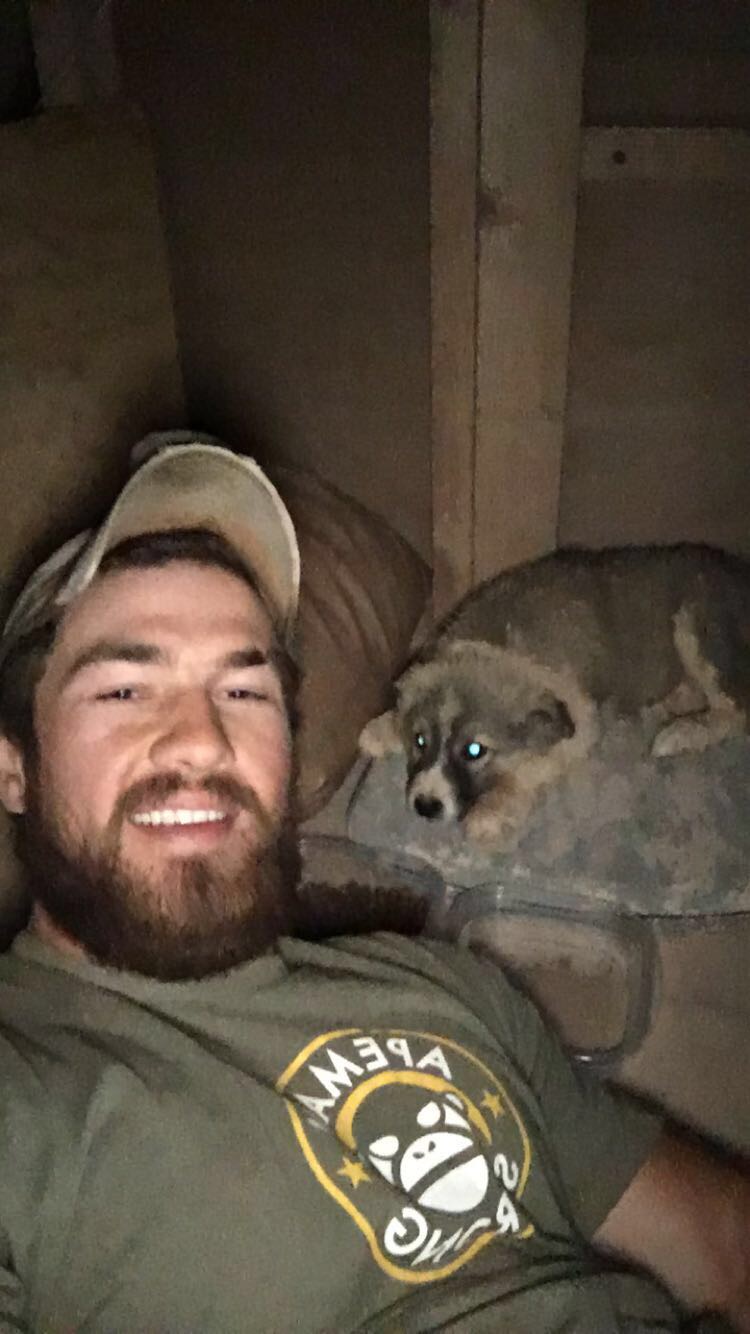