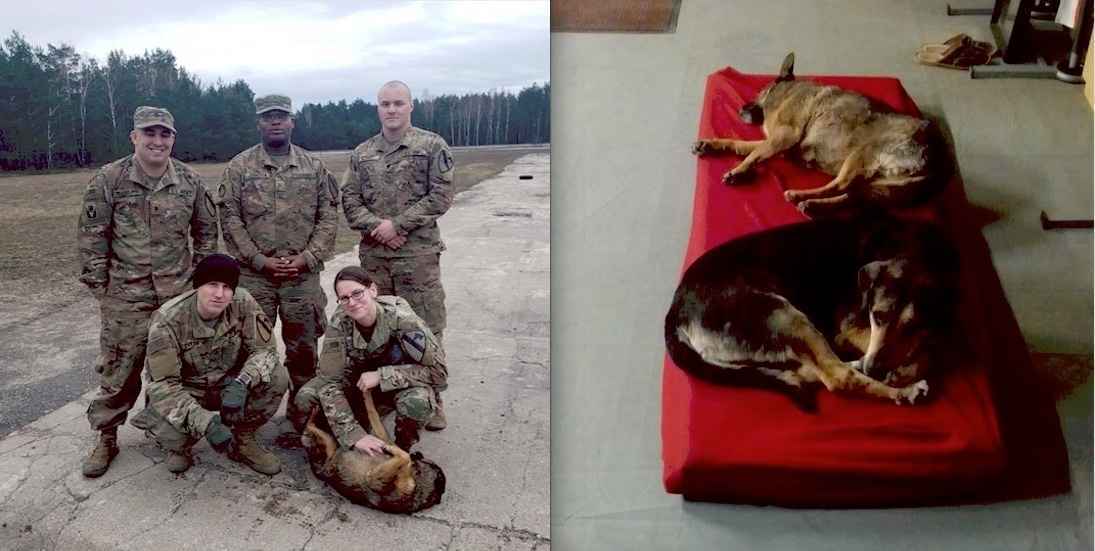 Bring Moose and Mimi to the US with their Service Hero

Help a brave American soldier bring back two abandoned, mistreated dogs he rescued while deployed overseas. The two dogs, Moose and Mimi were saved by United States military member, Chief Warrant Officer Anderson, when he found them starving last year. He provided the help they so needed. In return they helped not only Chief Anderson but all the soldiers at camp by boosting the spirits of everyone they encountered. Mimi even earned herself the title, Sergeant Mimi Morale, because of her contagious smile and endearing ability to boost camp morale.

These two canine angels have become like family to this unit. As the soldiers prepare to head back to America the idea of abandoning two of their own is not an option. They have been promised a better life and that is what we will give them, but we need your help.

When Chief Anderson contacted Guardians of Rescue with a desperate plea to help get these dogs to America, we knew we had to help. This is a complicated mission, but no challenge has ever been too difficult for us to attempt. The Guardians can make it happen, but only with your immediate support. Together we save them!

To complete our mission, we need to raise $9,000. Together, we can make this miracle happen. What an honor to be a part of giving Chief Anderson, Moose and Sergeant Mimi Morale the life they deserve together.

We are one. Together we save them…